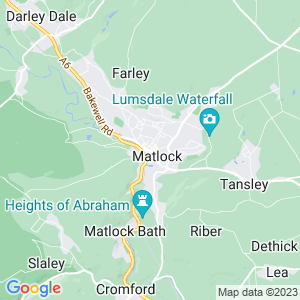 Success proved to be difficult for Matlock Town during the opening ninety or so years of their existence. It was during the 1970’s when they suddenly sprang to prominence as one of the country’s best Non-League sides. They won the FA Trophy at Wembley in 1974-75, beating Scarborough 4-0 by a now record equalling final scoreline and it is the only Wembley final when three players have represented the same side. Tom and Nick Fenoughty both scored, with other brother Mick playing an important role out on the left.

Former England centre half Peter Swan had been appointed as manager at the start of the 1974-75 campaign when they also reached the First Round Proper of the FA Cup, losing 4-1 at home to eventual Third Division Champions Blackburn Rovers. The season ended with a second Cup win, beating Glossop in the Derbyshire Senior Cup Final.

Tom Fenoughty replaced Swan as manager at the start of the 1976-77 season which saw Matlock slug out a keenly contested NPL title battle with Boston United and Northwich Victoria, having to settle for third spot. But they had a fantastic FA Cup run, including a magnificent 5-2 win at eventual 3rd Division champions and close neighbours Mansfield Town, before bowing out at Carlisle. The season ended with silverware though as New Mills were beaten in the Derbyshire Senior Cup Final.

Town won the NPL Cup at Maine Road, Manchester at the end of the 1977-78 season with a 3-0 win over Boston United and also won the Derbyshire Senior Cup Final against Alfreton Town. The League Cup Final win enabled them to qualify for the Anglo Italian tournament during the 1978-79 campaign, Matlock losing 2-1 to both Chieti and Pisa in Italy but beating Juniorcasale and Cremonese 2-0 at Causeway Lane. They finished as English runners up to Sutton United.

Prior to the 1970’s they had reached the FA Cup First Round in 1959-60 losing 1-0 to Crook Town in a home replay, but they won the Central Alliance League title. The title success was repeated during the following season before a hat-trick of title victories was completed as they won the Midland League at the first attempt in 1961-62. When they won the Midland League again in 1968-69 they accepted an invitation to join the NPL and have been members of the league since the 1969-70 season. Matlock’s best NPL league campaign was in 1983-84, when they finished runners up to Barrow. Their last FA Cup 1st Round appearance was in 1989-90 when they were beaten by Scunthorpe United at Glanford Park.

The Gladiators, as they are known, lost their Premier Division status in 1995-96 after finishing bottom and it was not until 2003-2004 when they returned after finishing second to champions Hyde United. Their best league season since then was in 2006-07 when they finished in fifth spot to qualify for the play offs but were beaten after extra time at Witton Albion. That same season saw them lose the NPL Cup Final to Fleetwood Town 1-0 at Witton and also the Derbyshire Senior Cup Final to Ilkeston Town. Two years earlier though the NPL Cup was captured for a second time following a two legged extra time win against Whitby Town.

Matlock’s recent league form has been inconsistent leading to a number of mid table or lower half finishes, but there have been Derbyshire Senior Cup wins against Belper 2-0 at Pride Park in 2010 and against Gresley by a convincing 7-0 margin at Chesterfield in 2015.

Former players Glenn Kirkwood and Craig Hopkins were appointed as joint managers during the summer of 2016 and oversaw a fine and much improved season which saw them rise up to ninth spot and challenge for a play-off spot, their hopes being vanquished only in the final week of the campaign. The excitement came in the cup competitions with the Gladiators reaching the fourth qualifying round of the FA Cup and in the FA Trophy they beat Spennymoor Town and Grantham Town before facing higher league opposition in the following rounds.

FC Halifax Town, who would later earn promotion to the National League via the play-offs, were beaten after a replay before a fine victory at Conference National Solihull Moors followed. In the second round Matlock were two goals ahead at another Conference National side Barrow only for the hosts to score three quick goals to ease through and dash Matlock’s hopes. But a deserved trophy came their way as they were Derbyshire Senior Cup winners as Gresley were thrashed 5-0 at the Proact Stadium.

Matlock have one of the most picturesque grounds in the country, a setting which has improved immeasurably in recent seasons with a brand new stand containing changing rooms and a brand new Social Club being erected and ready for action by 2011.

The Gladiators also boast one of the most respected academy set-ups in Non-League football. In July 2018 as the club prepared to kick off in the NPL’s 2018-19 season, their youngsters took part in a tournament in China, beating Arsenal’s youngsters 1-0 and the Fiji National U17 side to win their group and eventually finish with the bronze medal.

Two of their young players, Max Hunt and Zak Brunt, also made the move to the professional game joining Derby County and Sheffield United respectively during season 2017-18 to inspire the next generation coming through at the Gladiators and their successful branch of the Northern Premier League Football Academy (NPLFA).